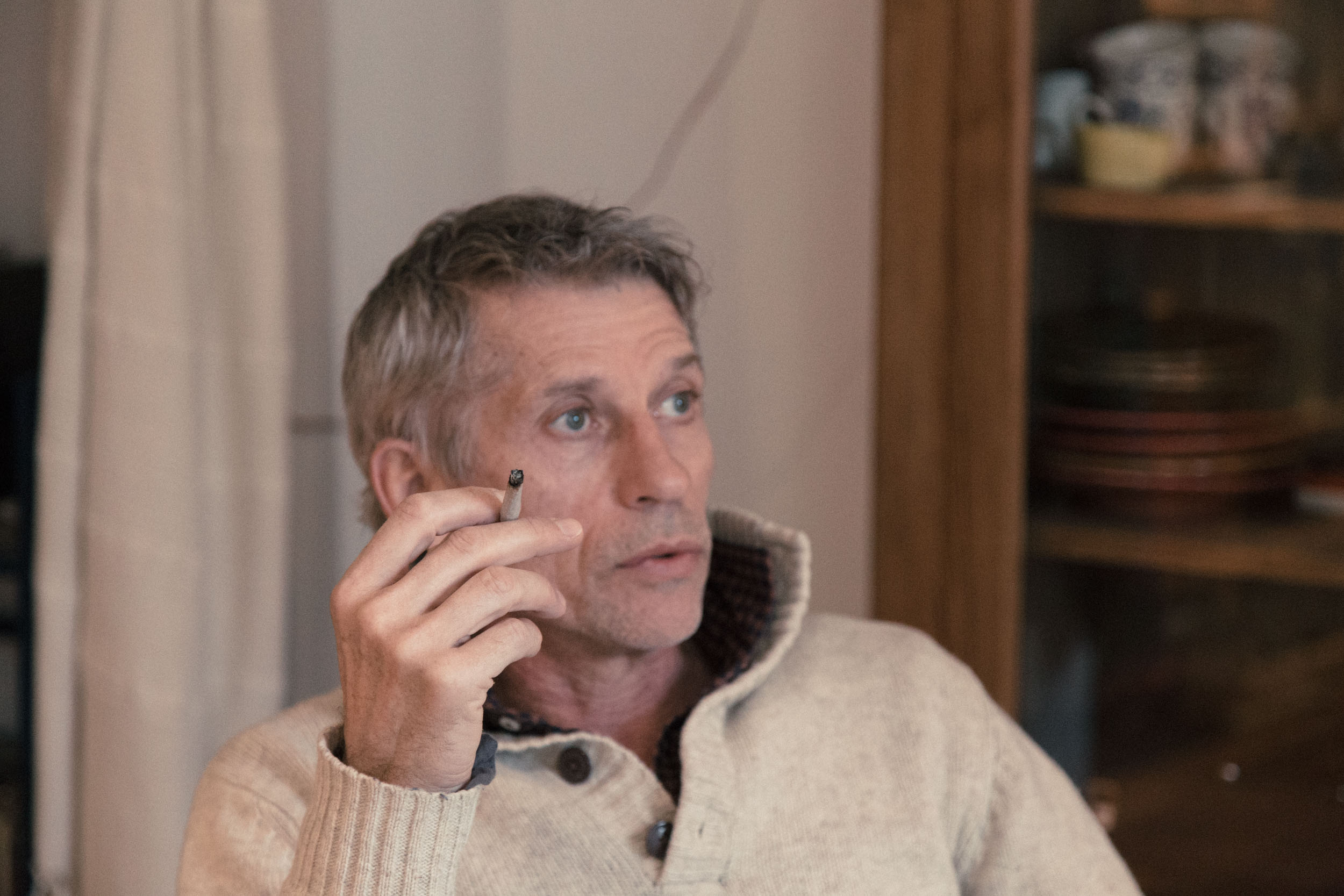 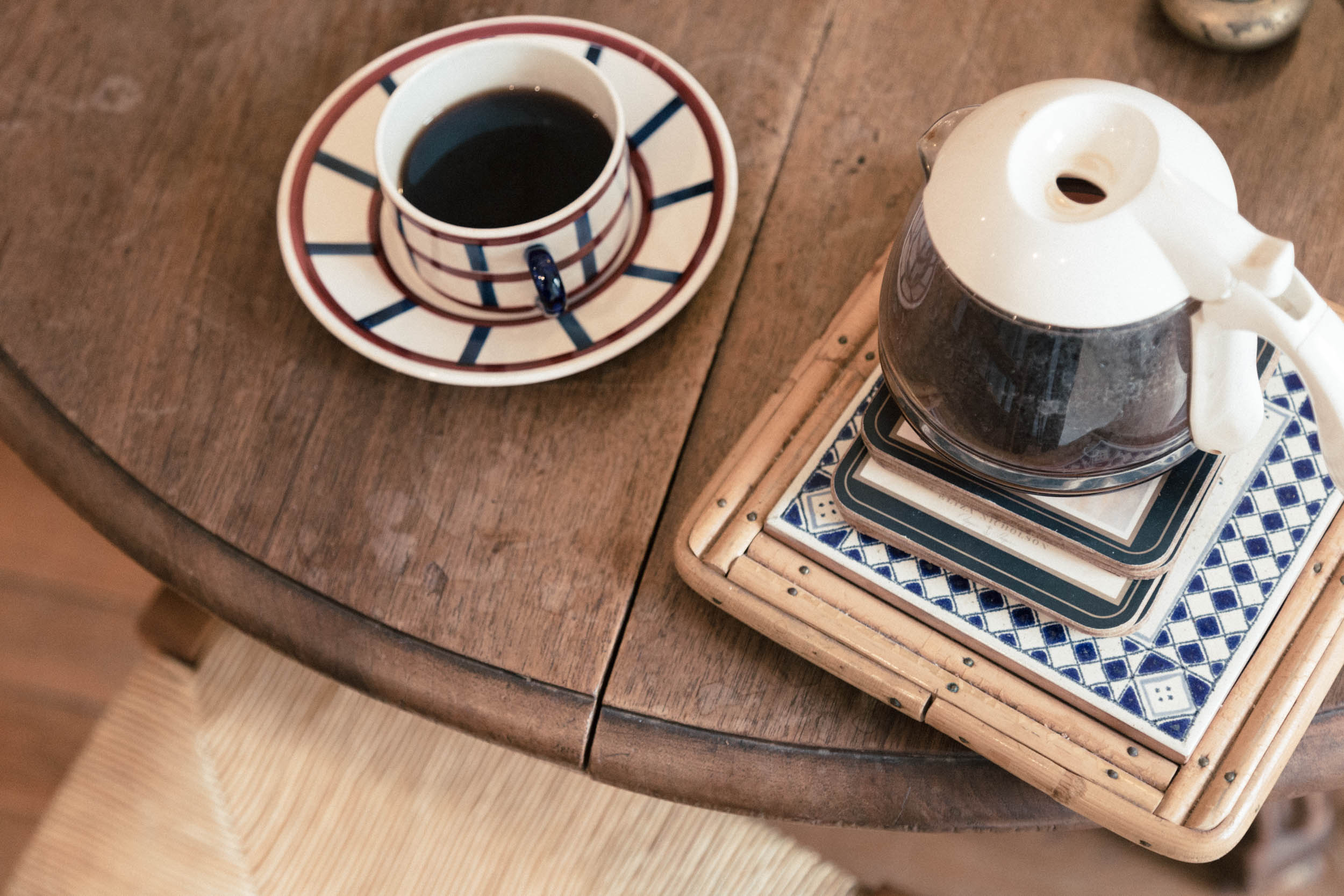 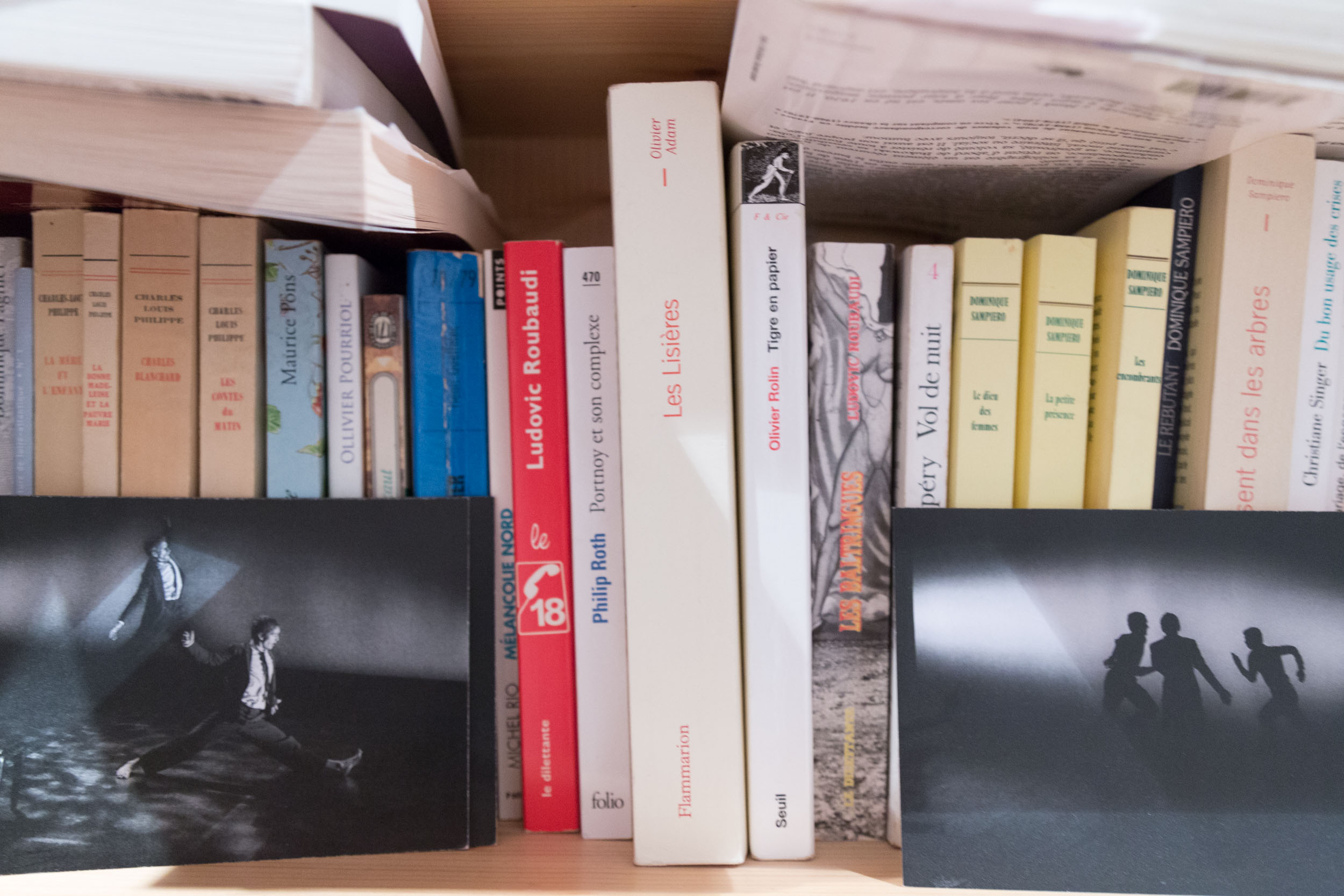 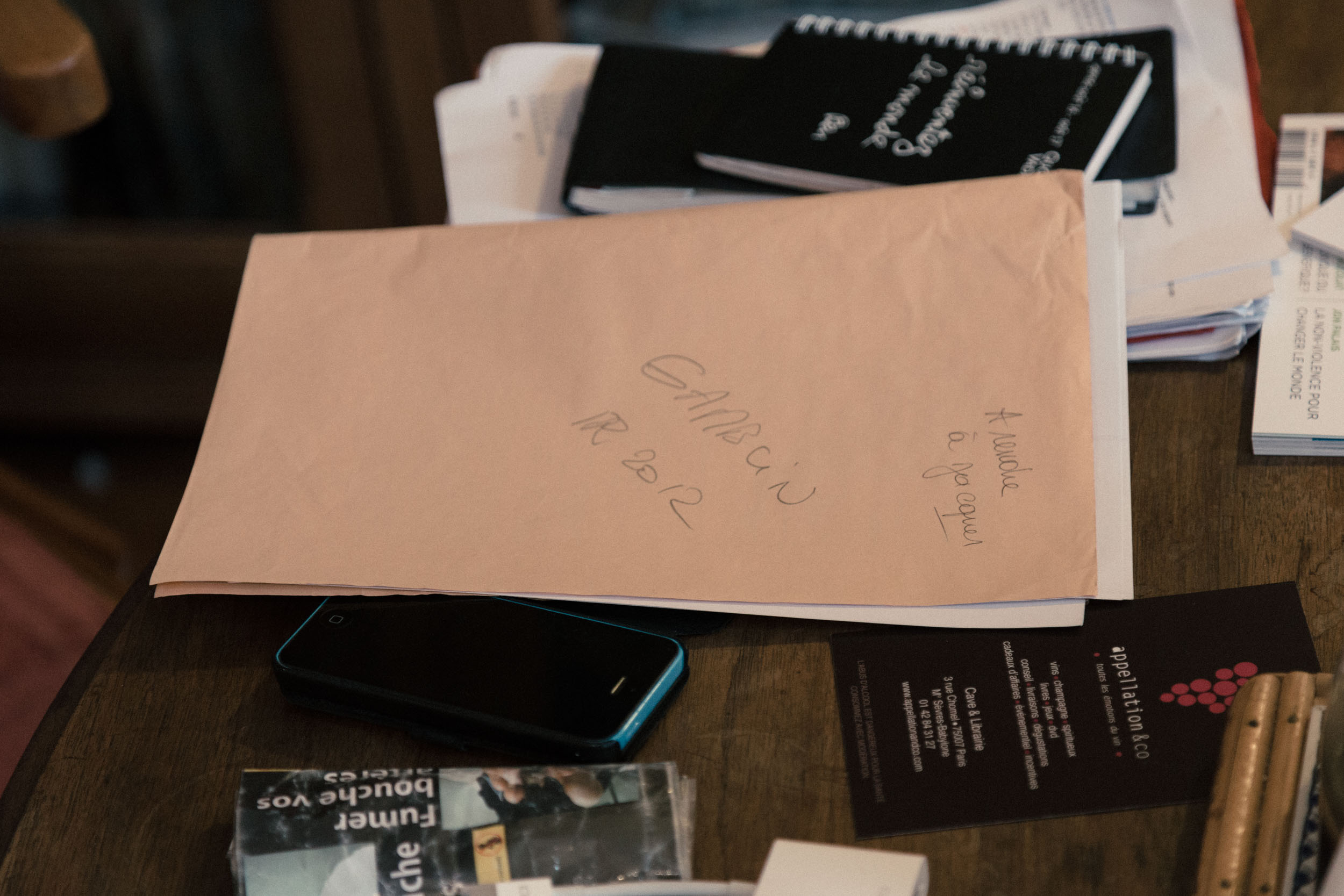 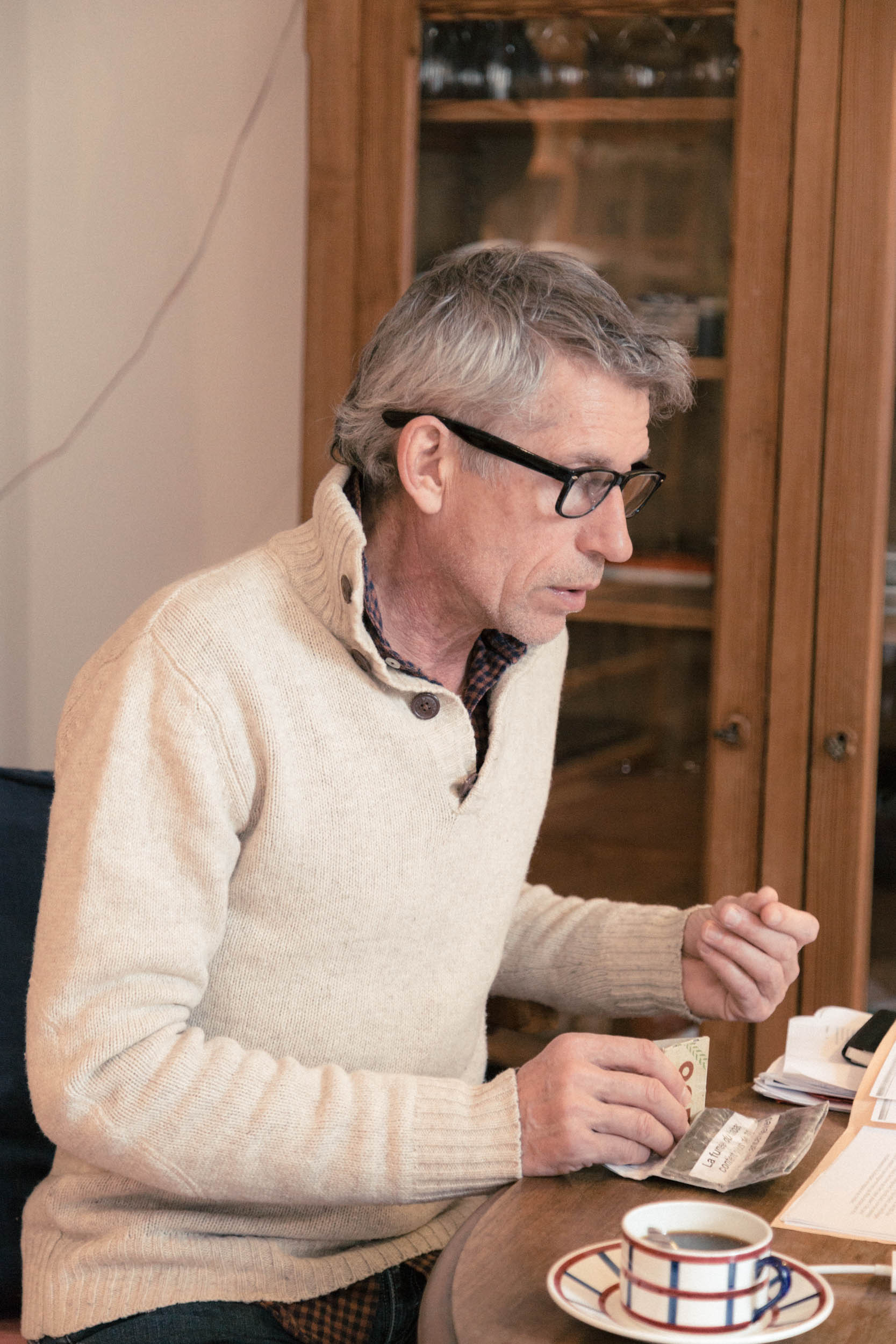 Bookcase – “This bookcase as you see it represents my books’ quota” explains Jacques Gamblin while facing the made-to-measure shelves in his corridor. “I rarely look at it and I have a principle: when books start to pile up and exceed this frame, I fill up a cardboard and I take it to the public library.”  Books can be invaders. “I have an awkward relationship with books, a kind of attraction-repulsion relationship. Or rather attraction-distance relationship. A suspicion. A complex of a certain lack of culture.” Jacques already thought about this complex rapport – that he compares to the one we can have with animals: “you can like animals but keep them at distance!”. He wrote a little text about it. Enfant de l’écriture. He evokes in these lines the presence of books in his childhood’s house, his relationship to literature, his sister who was reading books too big for him: “My sister was reading a lot and I was jealous about this literature that was depriving me from her and our connivance. We got the measles together and I will always hold it against her for being stayed in her room while we both had it, together. We didn’t fear to give it to each other, we had it together. These arguments were not enough to convince my sister who probably needed concentration to read. She was reading books that were absent to me, because too big. How could she read such big books? How could she imagine to finish such big books, to stay immobile for such long hours? How? While I was spending my breath outside. And then one day she says: it’s finished. But where did she find all that time I was constantly running after? And this deep silence while everything is bustling around me?”

Reading – Everything is said in this text. Jacques keeps reading. On the year of his baccalaureat, he discovers Antigone. “It’s Anouilh who opened the door for me. I was Antigone! No need to discuss further. Her conflicts with her father, it was me! The absolute love, it was me! I was Antigon, her twin brother and I would never thank enough Maurice Anouilh for choosing me to defend her in front of the butchers of brainwashing. Thanks Maurice!” Jacques smiles: “Maurice for Anouilh it was a joke. You got it, right?”

After Anouilh, other authors joined the shelves of his bookcase. Mainly thanks to his job as an actor. Plays to be played, texts to be read, characters to be interpreted.  Hard to pick up a book, an author. But still he names a few ones: Romain Gary, Charles Bukowski, Victor Hugo. Also Jack London, Blaise Cendrars, Olivier Adam, Sorj Chalandon… “Here is more or less the list of the authors who are allowed to follow me when I move out!” These last years, Jacques read a lot “aloud”. At home, in theaters, in festivals… “Reading is the starting point of the actor’s work. It is necessary to emphasis the writing, the science of rhythm. You have to make people feel something, to betray the author for, sometimes, sublimates him.” 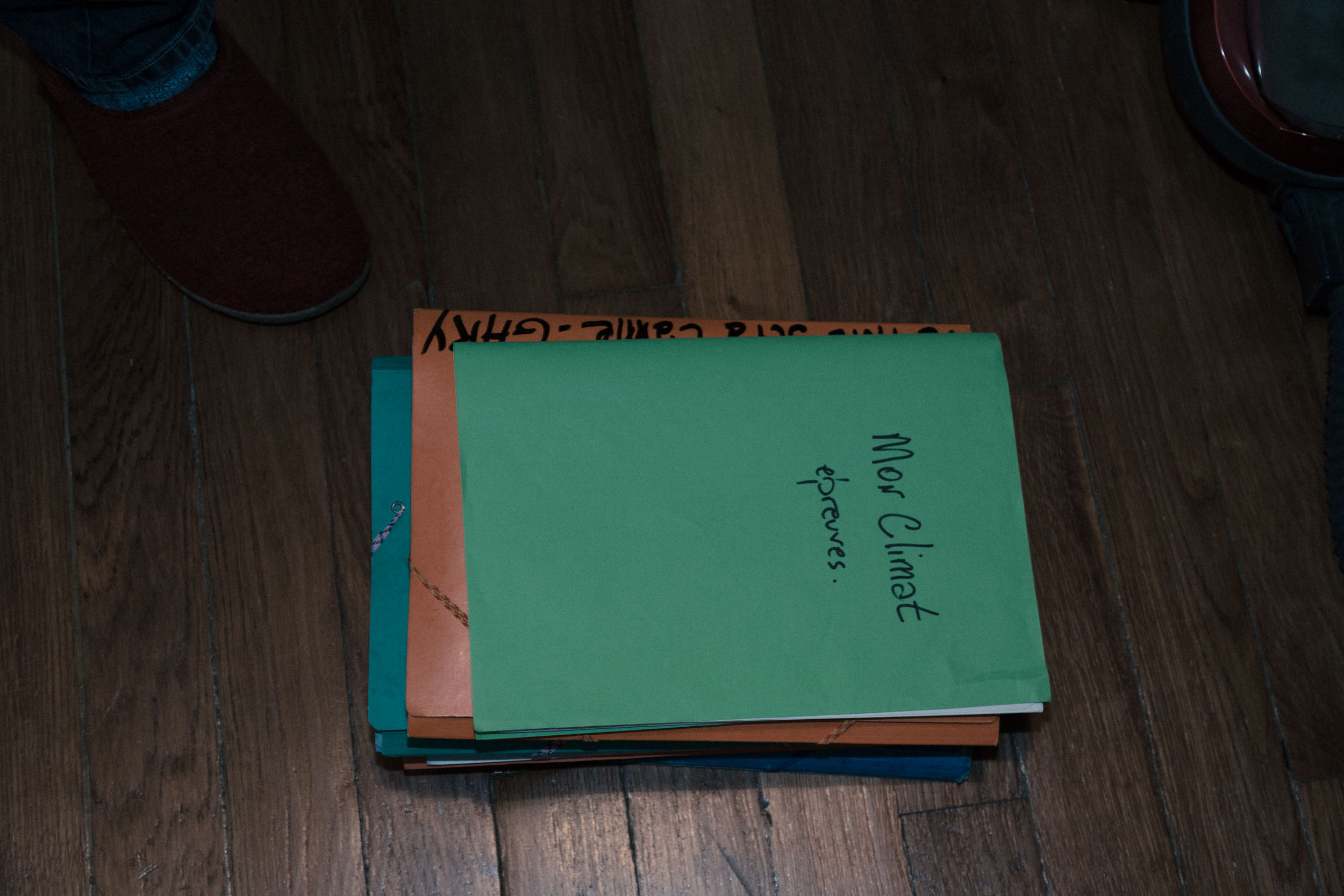 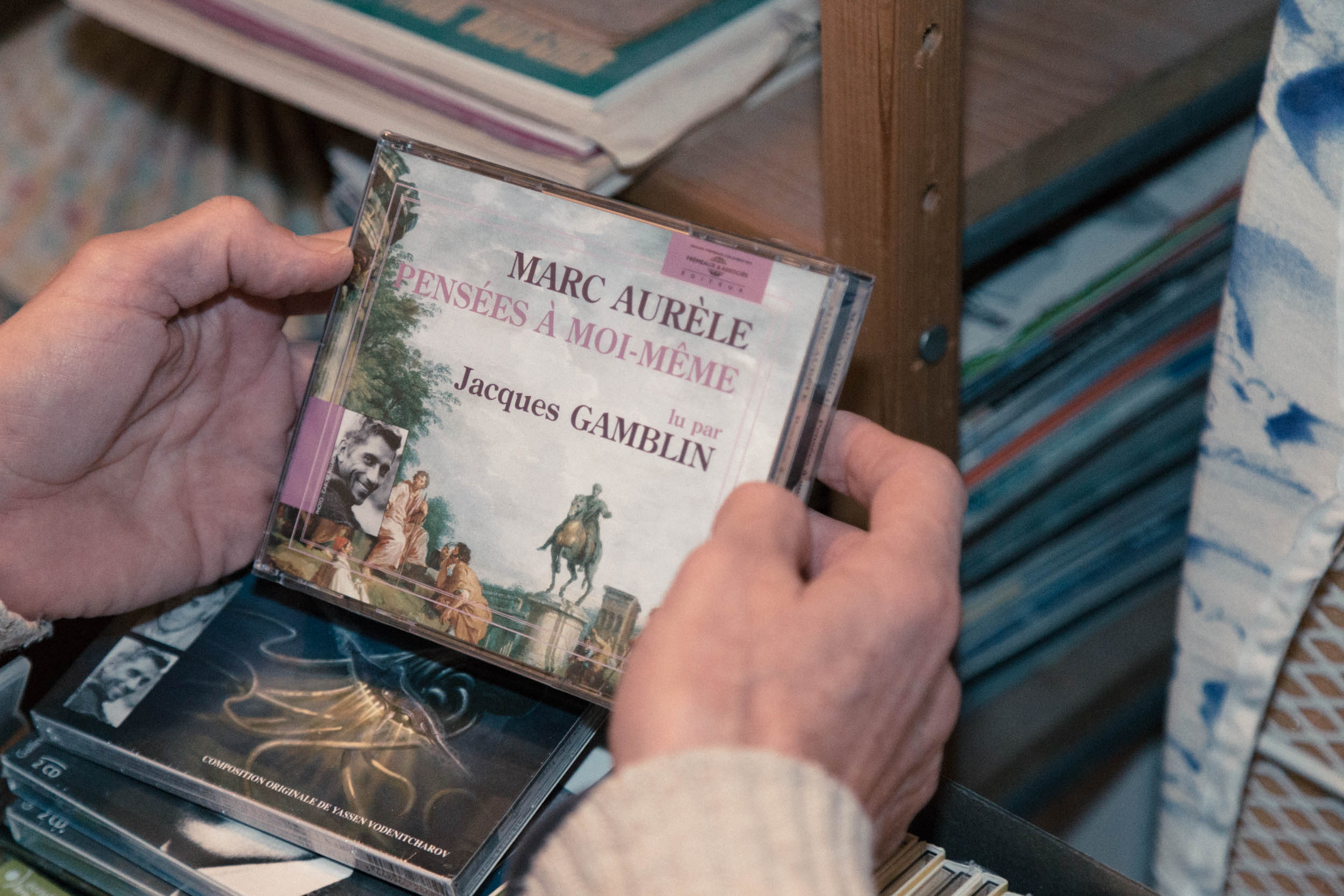 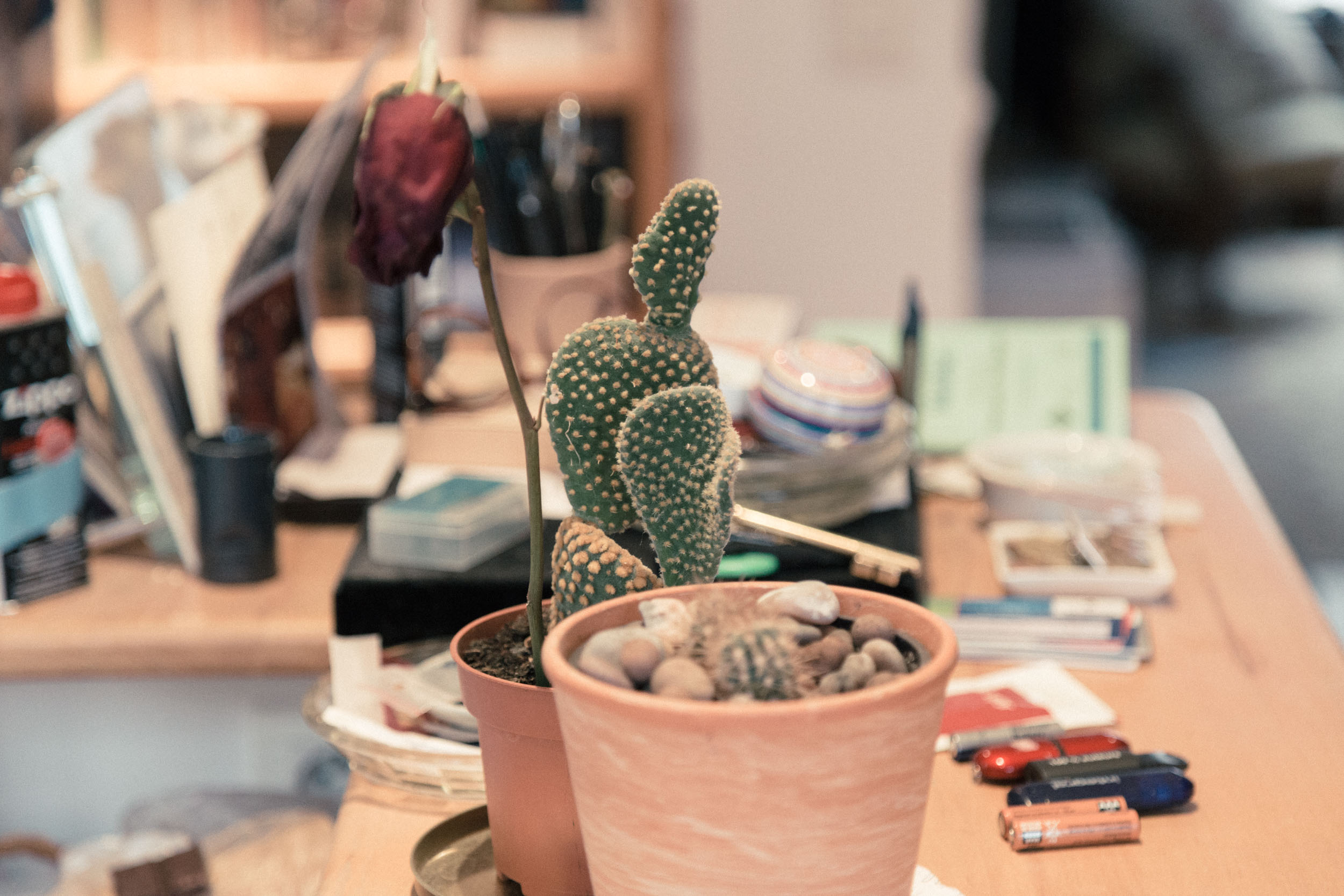 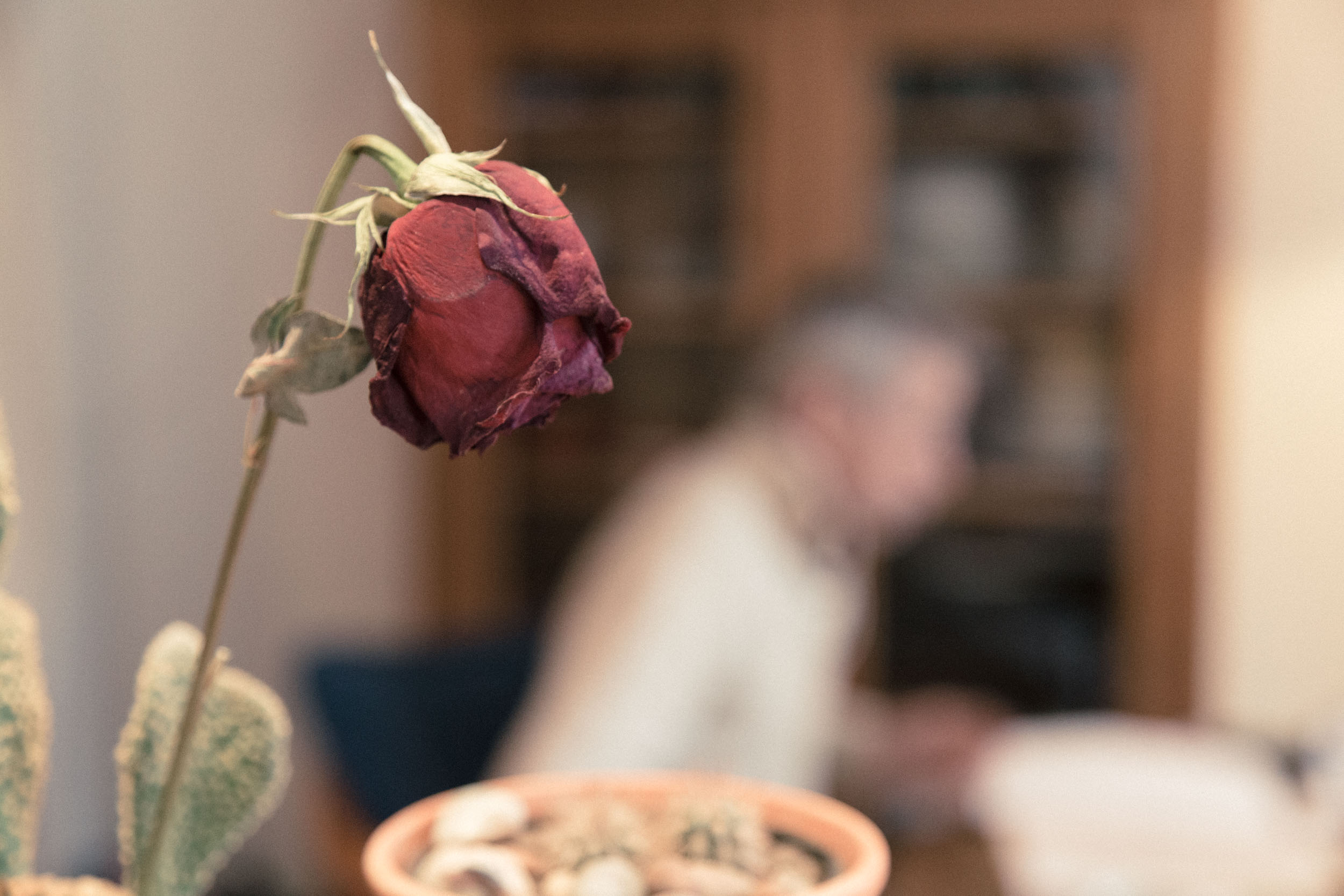 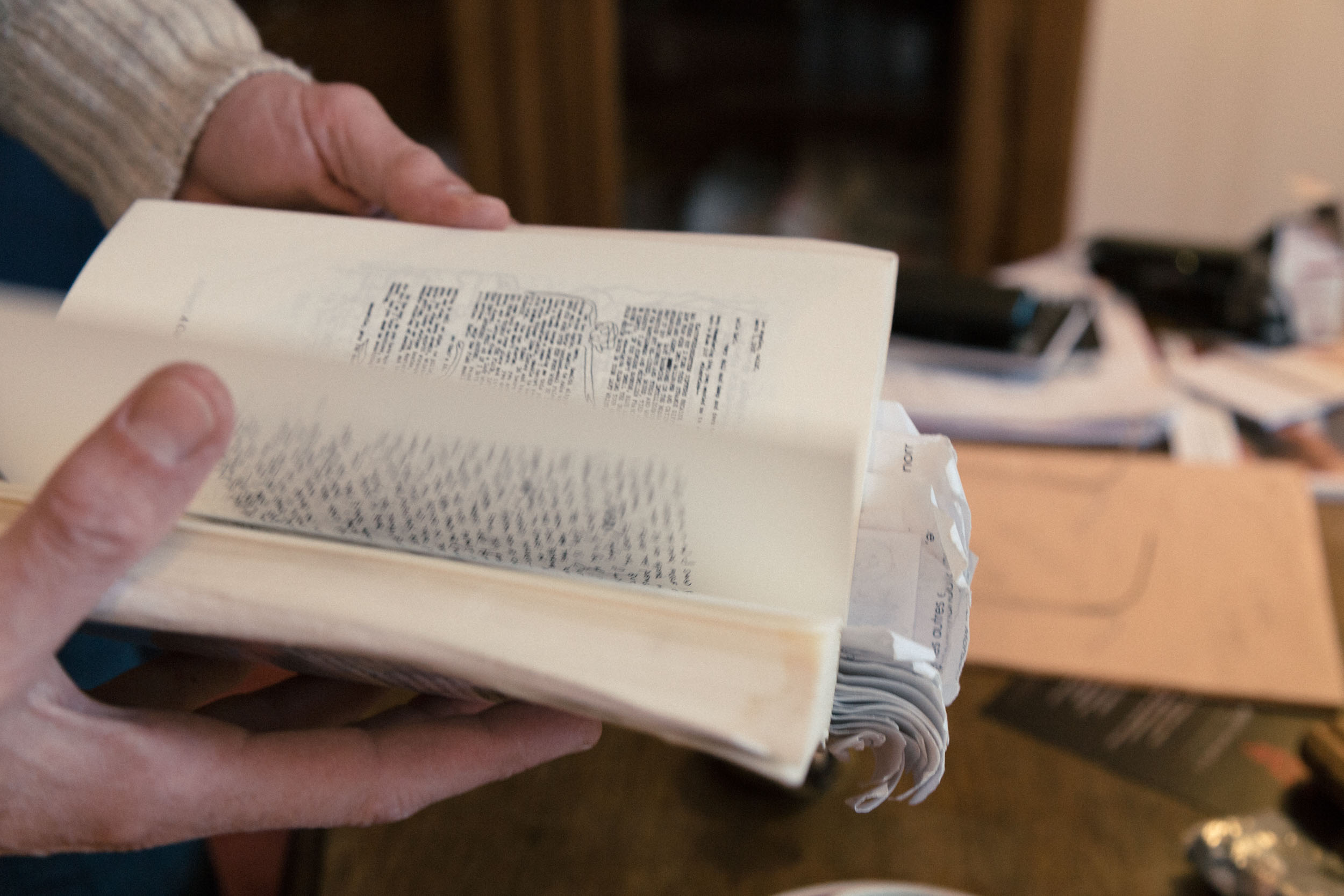 Writing – And there is the writing. More than a simple passion or a hobby. “Writing is going into depths” he says. A few months ago, Jacques Gamblin received a literary prize for his work as a writer. “This award deeply moved me.” During the awarding ceremony he was wondering why it moved him that much. One of his friend and work partner answered him: “You are moved because you accept. And this was the good answer, the deep answer. I was accepting it and by doing so I was pushing further my complex.” 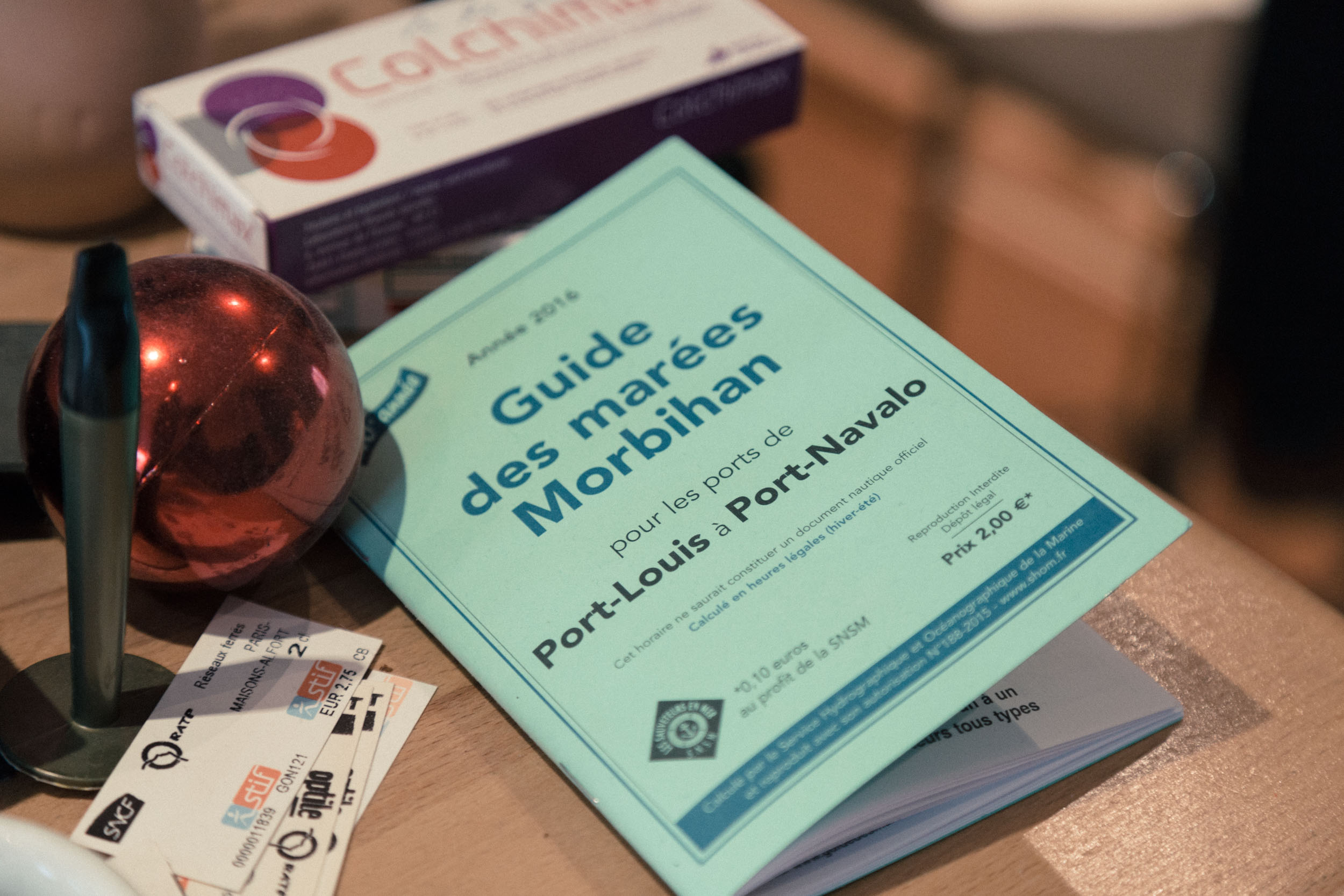 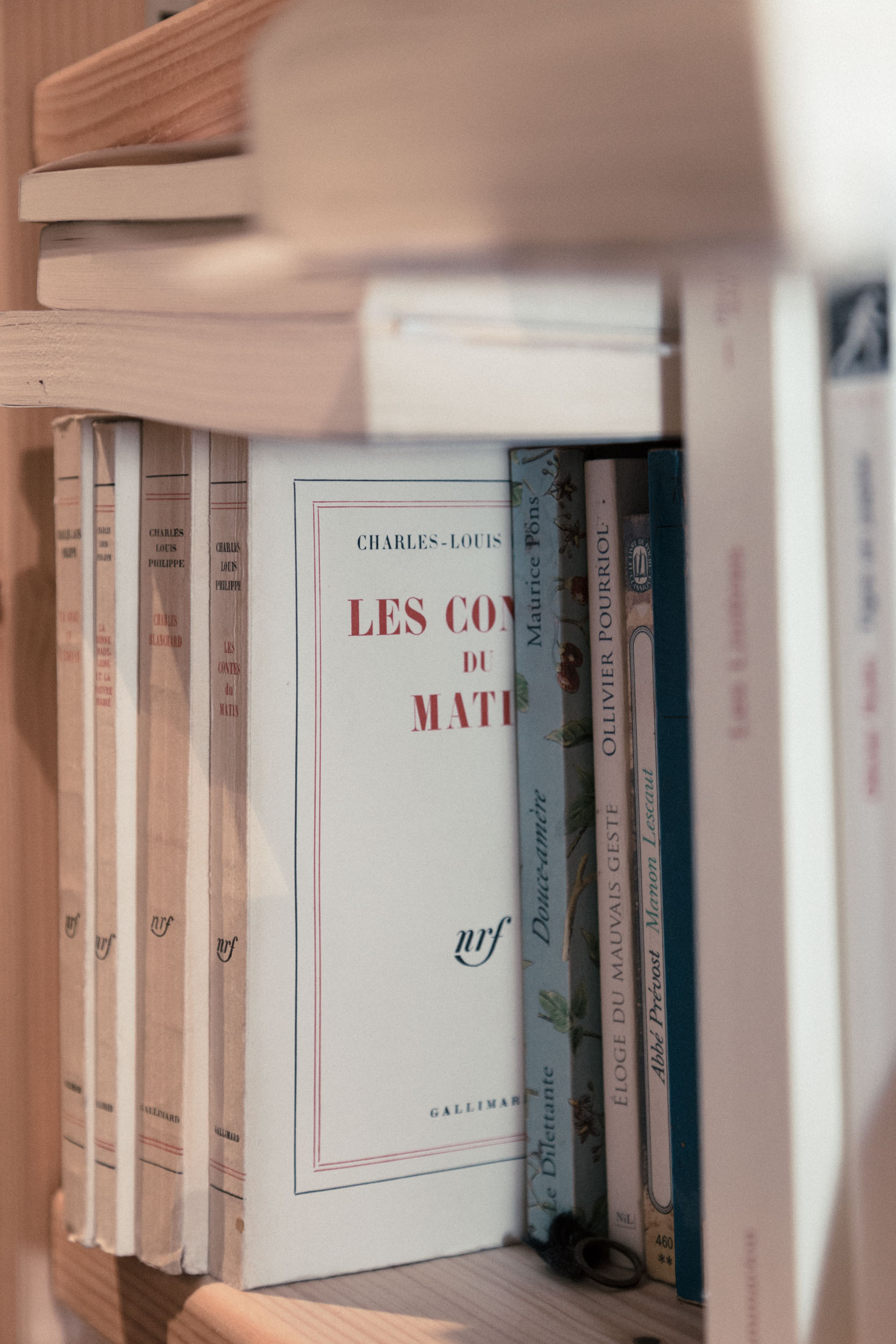 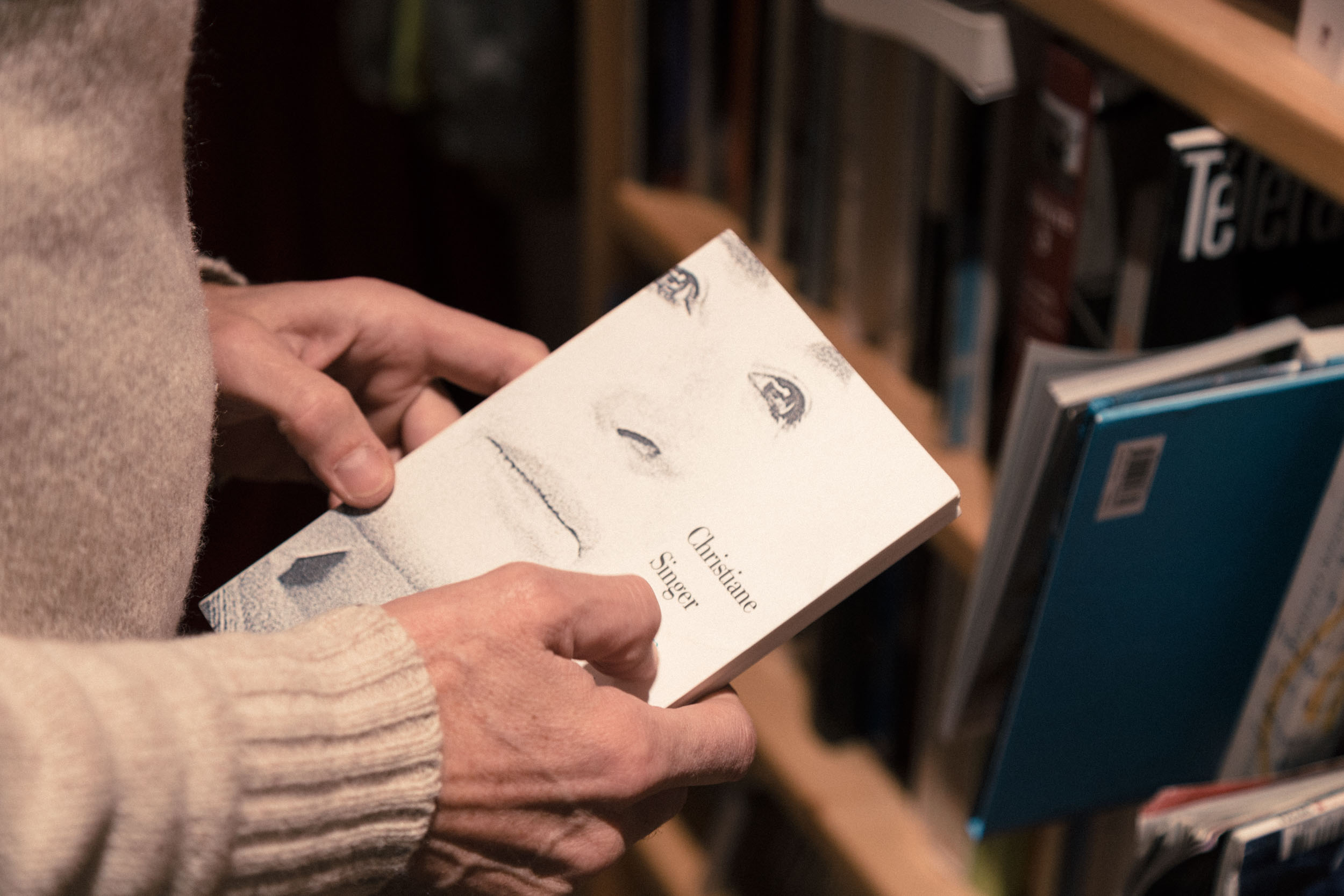 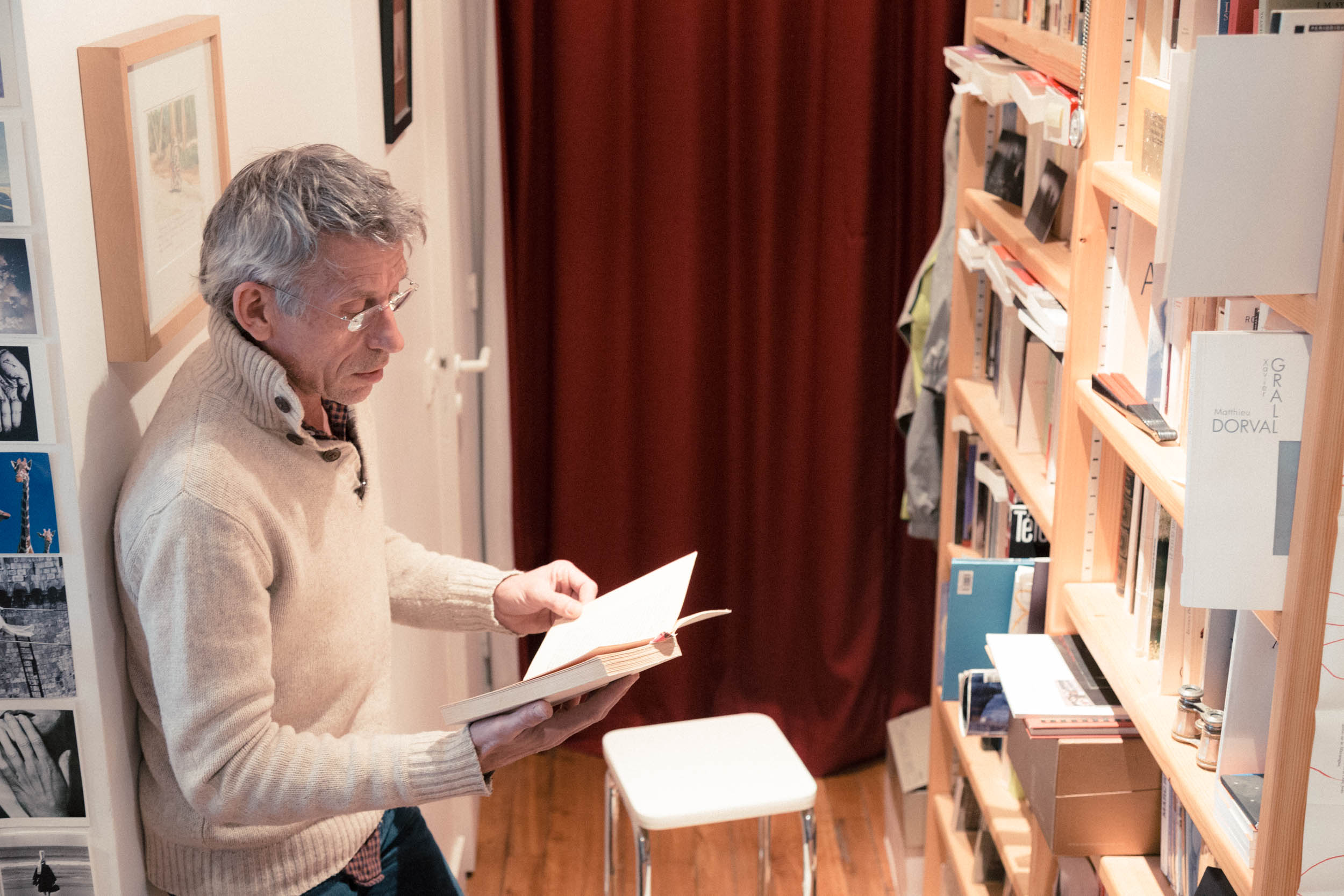