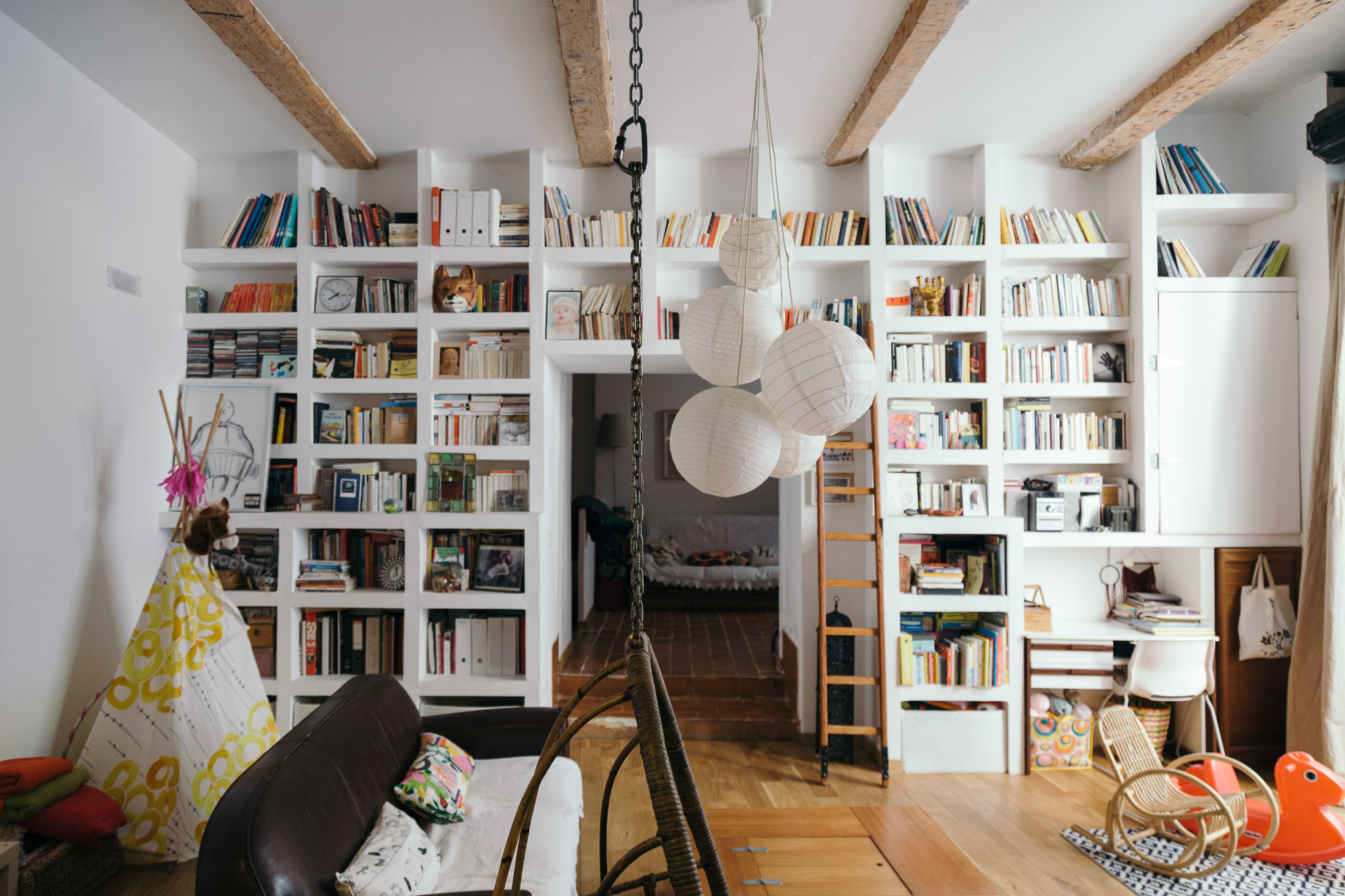 Posted at 12:42h in Bibliothèque de ville, Portait by Marie

This apartment used to be a clothing manufacture workshop and then a painting studio. Fanny and Nassim have renewed the all place. “We can still see the rails on the ceiling that were used to plug the sewing machines” explains Fanny. Sewing machines have been now replaced by a beautiful hanging armchair that faces the bookcase. “As the rest of the apartment, we made it ourselves. It is in plaster and that was not that easy!” she remembers. But they can be happy with the result. The place of the bookcase was easy to find: the painter who was previously occupying the place had set his bookcase on this wall. “When we visited, it immediately seduced us.” They wouldn’t say that it was the reason they took this flat. “But it certainly helped!”

The bookcase is quite organised: the right side is dedicated to Nassim’s books of human sciences and Algerian literature. On the left, general literature and comics. These books belong to the two of them and they couldn’t say anymore who was the original owner. “It is especially true for comics and graphic novels as we like the same things and buy them together.” On the lower shelves they have set a small bookcase for Nina, their two year-old daughter.

For our visit, Fanny has looked for a few of her favourite novels. Like every selection, it has something arbitrary but it reveals a taste for high-levelled literature and poetry. As instance she has recently dreamed and travelled with a beautiful text that evokes with poetry and sensuality the Tunisian city of Essaouira. And as for Algerian literature, on Nassim’s advices, she would recommend the work of Kamel Daoud, a real literary phenomenon, and Boualem Sensal.

With her daughter, Fanny has discovered with surprise that books that children like are rarely the ones that parents like. And vice versa. “It is not often that Nina’s tastes and mine match.” But there is one place, their preferences meet: the classics! “Nina loves the books that I was reading myself as a kid! She loves classics such as Martine!” And as the second baby is coming very soon, Nina will have to initiate her little sister to this literature.